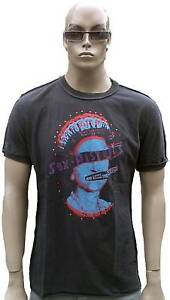 Nicole Rikard had recently married Sgt. John Rikard of the Asheville Police Department in North Carolina. He had an 8-year-old son, Tucker, from a previous marriage. From the time Nicole and John started dating, they had scarcely been apart. Soon after they married, however, Nicole had to go to Florida for some work training — she was a crime scene investigator in the same police department. John worked an overnight shift and would call her when he woke up to check in. But one day, John wasn...

Spokane Public Radio is part of the Northwest News Network (N3), a public radio collaboration in Washington, Oregon and Idaho working together to bring more news to our listeners.

2019 Thank You Event: SPR Goes to the Movies with Monterey Pop!

Join Spokane Public Radio for a special screening of Monterey Pop at the Bing Crosby Theater on Wednesday, June 12 at 7 p.m.

For our June Membership Drawing, SPR will give away FOUR PAIRS of tickets to STCU Best Of Broadway's Les Mis é rables , the musical phenomenon with new staging and reimagined scenery. FOUR People will each receive: A Pair of Tickets to the STCU Best of Broadway show: Les Mis é rables in Spokane August 6 – 11 at the First Interstate Center for the Arts. About Les Miserables: Cameron Mackintosh presents the new production of Alain Boublil and Claude-Michel Schönberg’s Tony Award-winning musical...

Reading Into Changes To The Lord's Prayer

NPR's Michel Martin talks to biblical scholar Meredith Warren about the changes to the Lord's Prayer approved by Pope Francis.

Ahead of this year's Tony Awards, NPR's Michel Martin looks back at conversations she's had with some of the nominees.

Rain and flooding have made growing conditions difficult for crops like corn. NPR's Michel Martin speaks with Matt Boucher, a farmer in Dwight, Ill., about how the weather has affected his crops.

Not Too Little Too Late. Unfinished Gaudí Basilica Gets Permit 137 Years Later

Now, 137 years after construction began, the city of Barcelona has finally issued a building licence for one of its most famous tourist attractions.

The permit, granted on Friday, allows construction to continue with a projected completion date of 2026.

Crowds of Venezuelans lined up at two international bridges leading to Colombia on Saturday, as the border between the countries opened for the first time in four months.

Thousands of people crossed over, seeking food, medicine and basic supplies. For months, Venezuelans have been dealing with power outages, hyperinflation and increased violence due to the deepening political and economic crises in the country.

A civil disobedience campaign in Sudan has brought the country's capital to a standstill, closing down restaurants, banks and other businesses and turning streets desolate on Sunday, the latest escalation by protesters demanding an end to military rule.

Hundreds of thousands of people flooded the streets of Hong Kong on Sunday in a show of defiance against a government proposal that would allow people to be extradited to mainland China to face charges.

Police said the crowd was about 240,000 people, but organizers estimated more than 1 million turned out.

The Limits Of Human Endurance

What is the limit of human endurance? For years, scientists have been attempting to understand how far we can push the human body. Herman Pontzer of Duke University is a professor of evolutionary anthropology, and he is one of those researchers. He joins us now from Durham, N.C.

When you walk into a public bathroom, you expect it to be stocked with toilet paper, hand soap and paper towels or a hand dryer.

But tampons and pads?

Brookline, Mass., wants to make menstrual products as routine as those other bathroom staples, and in May voted to become what it says is the first municipality in the United States to offer free tampons and pads in all of its town-owned restrooms, in places like the town hall, libraries and the recreation center. The schools are expected to follow suit.